Drew Blythe Barrymore is an American actress, director, producer, businesswoman, and talk show host. She has two children ages 7 and 9. Drew was born on February 22, 1975 (age 46) in all Drew has been in 50+ movies and tv shows, she also has her own tv show called the Drew Barrymore Show.  She is a member of the Barrymore family which is a family of actors and the granddaughter of John Barrymore who is an American actor.

Barrymore achieved fame as a child actress with her role in E.T the Extra Terrestrial. Then later on in life she was in other popular movies like Wayne’s world 2, scream, Freddy got fingered and much more. She has her own show, and she even made a couple books called Rebel Homemaker: Food, Family, Life, Wildflower, Find It in Everything, and Little Girl Lost.

Barrymore grew up in west Hollywood until the age of seven, then she moved to Sherman oaks. She then moved back to west Hollywood upon becoming the fact or process of being set free from legal, social, or political restrictions; liberation (Emancipation) at age 14. She went to elementary school at Fountain Day School in West Hollywood and Country School. Her nightlife and continually partying became a popular subject with the media. she was is rehab at the age of 13, and spent eighteen months in an institution for the mentally ill. A suicide attempt at 14 put her back in rehab. At the age of fifteen she got her own apartment.

In conclusion, Drew Barrymore has been in over 50+ movies and tv shows. She was in many popular movies, and she is part of the Barrymore family which is a family of actors. She has two children ages 7 and 9, and has 3 ex husbands.

here is a link to more about Drew 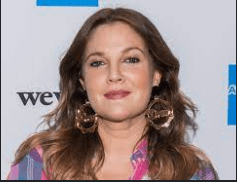 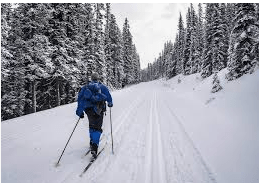 One of my favourite sports are cross country skiing. I now have been practicing for 5 years, this will be my sixth year. as you now know I have been doing this sport for a while now, but the thing is I don’t have a pair of my own, I just rent a pair for the winter each year, well we cant do that this year because of COVID. so this year I want to buy my own pair and I did  ask for it for Christmas but I didn’t get a pair.

what you should wear

you should wear something not too warm because you will be moving around a lot. you should wear layers, like a long sleeved top, a light sweater, and a wind breaker and/or puffer jacket. you should have something on your legs like ski pants or an extra pair of pants. a thick pair of socks, because your feet will get cold if you don’t. and a hat, mitts or gloves.

the basics of skiing 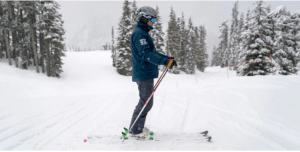 here is a link about cross country

here is a link for cross country beginners

Hey, for this weeks blog I will be doing it on my Christmas list:) I have a pretty big list and I know I wont get everything I want, but I will list a couple on here. some of them are a kitten, a weighted blanket, Blundstones, cross country skis, and gift cards.

This one on my list I didn’t expect to get but I got as an early present lol and that is a kitten! I got her on the 5th of December, and I decided to name her Misty because she is this vary light gray color. Misty does not like any of the other cats going in my room or near us. She also loves to cuddle lots and she is a vary clingy kitten. She does let me out her sight most of the time and loves to follow me everywhere.

I like gift cards because then you get to choose what you want from stores. I specifically want gift cards for bath and body works, hot topic, Starbucks, and Sephora. 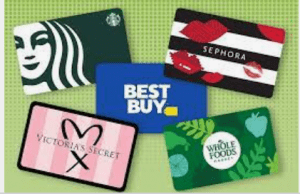 this concludes my blog for this week hope you enjoyed:) 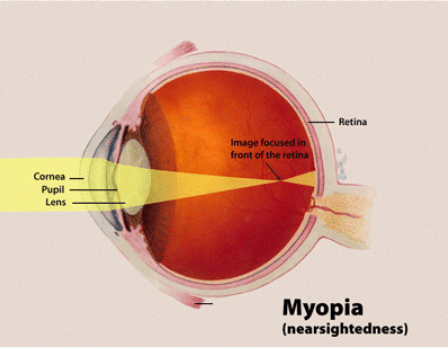 For this weeks blog I will be doing it on a common vision condition called myopia. I recently went to go get my eyes checked for my yearly appointment and I found out that I have severe myopia, theres not a cure but there is treatment for it, I can either get myopia control lenses, eye drops, or myopia control contact lenses.

What is Myopia? well myopia is a common vision condition that presents and develops in childhood, treatments are targeted typically between ages 6-15 years old. The main cause of Myopia is when your eyeball is too long, or the cornea is too curved, when the light enters your eye won’t focus properly. Myopia is where you can see close things clearly but when it comes to seeing the board from the back of the class then then it is blurry.

I recently found out that I have severe myopia and that I need treatment for it or else it will worsen as I age. there are three different treatments I can get. there is myopia control lenses which is glasses, eye drops that I have to take every day, or there is myopia control contact lenses. Treatment for myopia is expensive though at least for us, like the contact lenses are $900 for a year, the eye drops are $107 for 3 months, and the control lenses (glasses) would be $700.

In conclusion, I do not like having glasses or severe myopia. they get in your way with wearing sunglasses and sports. But they can also be stylish they have many different kinds of frames.

e singer/songwriter for this song. Lil peep is died on a tour bus in Tucson, Arizona, in november 2017. Docters ruled his death as an accidental drug overdose.

smells like teen spirit is a song that was released in 1991in the album nevermind by the band Nirvana. The genre for this song is grunge and rock. the main singer Kurt Cobian committed suicide on april 8th 1994, after his death the rest of the band decided to spilt up.

y future, and Oxytocin are songs apart of Billie Eilish’s latest album Happier Than Ever which was released in 2021. finneas o’connell is Eilish’s brother and he helped write Happier than ever with her. Billie Eilish has planning a world tour in 2022 with her brother. these three songs is a alternative/indie genre.

In conclusion my top 5 songs have the genres of rock, alternative, indie, and alternative r&b. Lil peep died in 2017, and Kurt Cobian died in 1994, but Billie eilish is just starting her career at 19 years old.

these are links to infomation about the songs. 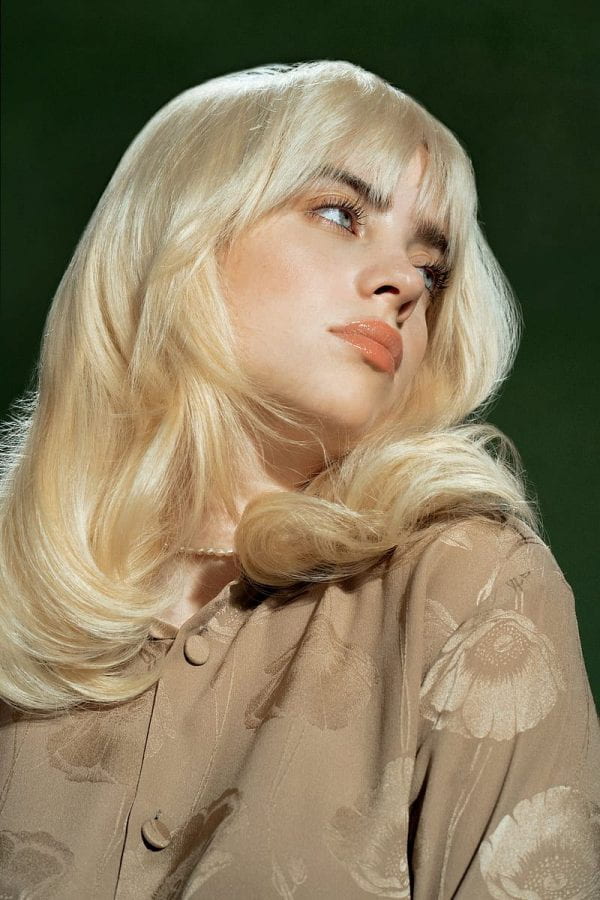 Happier then ever is Billie Eilish’s latest album, it was released on July 30, 2021.  Eilish’s brother Finneas O’connell was the one who produced the album himself and helped Eilish write the songs. My favourite song in the album would probably be my future.

Eilish has 16 songs in her album, and out of that I think my future would be my favourite. I think the reason that i like this album so much is not because of the singer or just a couple of songs but the genre. The genres in this album are amazing. theres just so much diffrent types of music in just 16 songs. like in the song Happier Than Ever that is a song you can sing to, relax to , and listen really loud in your earbuds.

In the song Happier Than Ever, Lost Cause, Therefore I Am, and I Didn’t Change My Number, they all relate to her past abusive relationship. You can see how much pain she went through and how important these songs are to her. Only those who have been in an abusive relationship know how it is, and can feel the same freedom listening to these masterpieces. My Future, this song discribes Eilish’s  attempts to over come her insecurities and try to gain confidence with herself after her abusive relationship. In this song she is hopeful that what comes next in her life will be better than before.(“cause im in love/with my future/cant wait to meet her”) she also sees that she doesnt need to be in a relationship to be happy (“i know im suppose to be unhappy/ without someone/ but arent i someone?”) 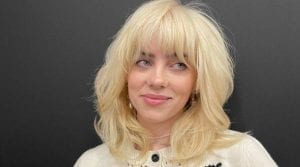 For this weeks blog I will be doing it on what I am going to be for Halloween and what my plans for Halloween are. i am going to be one of the killers from The Purge: Election Year, I will have black high heeled boots, knee high socks with two while lines at the top, black tee, white oversized men’s dress shirt with blood smears, the purge light up mask, and a prop fake bloody knife. 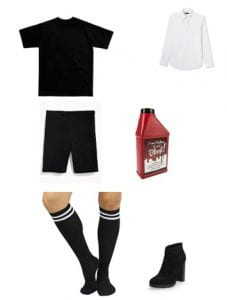 My plans for Halloween is to go trick or treating maybe with a friend in town, or just but a bunch of candy and eat it in my room lol. its still quite a bit of days till Halloween but I am going to its called Boo at the Zoo this weekend and I think it will be quite fun! I got my costume ready so I will be wearing that to the zoo.

This concludes my blog for this week, if you have any ideas for my next blog you can put then in the comments:)

here is a link to spirit Halloween to give you ideas if you don’t know what you want to be yet     https://www.spirithalloween.com/

my top three hobbies is cross country skiing, practicing the clarinet and reading. I love cross country skiing in the winter, I’ve started doing it 5 years ago and since then its been my favourite sport! I’ve recently started playing the clarinet in band about not even a month ago and so far like it so much and I’ve been practicing a lot so I would call it a hobby. Right now I reading a book called Fake its really good so far, but my favourite book of all is called The Glass Castle and I have probably read it around 5 times lol.

My favourite things are probably the color burgundy, my favourite animal is probably a hamster because I just find them so cute! and my favourite movie/tv genre is horror.  My top three animals is hamster, cats, and a fennec fox. My favourite colors are burgundy, sapphire blue, and champagne. 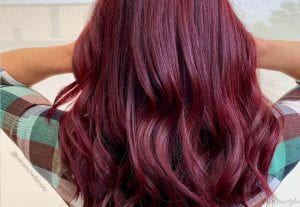 some fun facts about myself are

that is the end of my blog, if you have any suggestions for my next one just put it in the comments:) 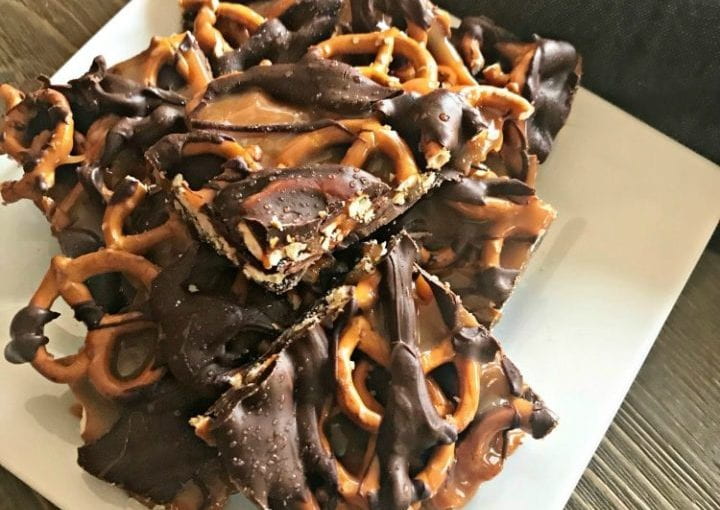 Step 1 Preheat oven to 350of, line a baking pan with parchment paper.

This is the end of my blog, if you have any suggestions for my next blog just put it in the comments:)

My name is Eternity Bushie and I go to Arborg early middle school. Some of my hobbies cross country skiing, watching Netflix and Diamond painting. Some of my favorite foods are poutine, and kiwi. My family members- I have 9 family members including pets. In my family I have my mom and my dad. My little brothers, Kingston and Kingsley, and my pets O’mally (cat), Laser (cat), Bridget (dog), Darby (dog), and Dorothy (dog).

Challenges I had faced this year. I have not really faced any challenges this year well not big ones but one of them is with my grades but over time I have been able to get over that challenge by going to a tutor and help from my dad.

This year was overall good and I have learned a lot, and made some friends along the way.