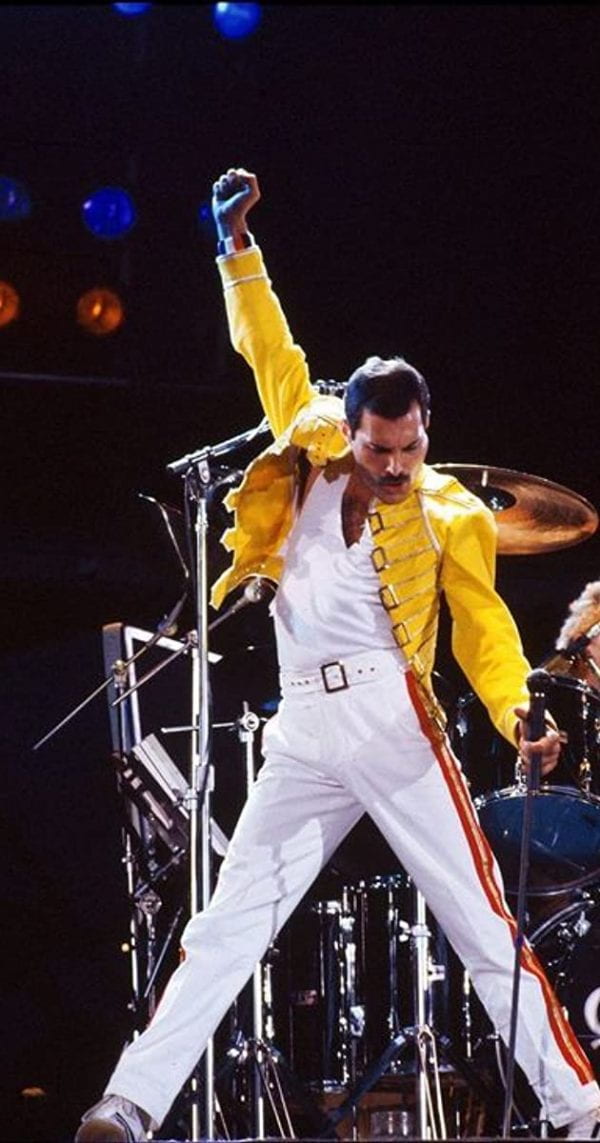 Freddy Mercury was a British singer, songwriter, and the lead vocalist in the rock band Queen. He was considered to be one of the greatest singers in the history of rock music. He was known for his lively stage personality, and his four- octave vocal range. His band mates Brian May: drummer, Roger Taylor: bass, Freddy himself: piano and lead vocal.

Studying and writing music for years, Mercury formed Queen in, 1970, with guitarist Brian May and drummer Roger Taylor. Later in, 1971, John Deacon joined the band as bass guitar. Mercury wrote many hits like, “Killer Queen”, “Bohemian Rhapsody”, “We Are The Champions”, “Don’t Stop Me now” and “We Will Rock You”. His appealing stage performances saw him interacting with the audience, as seen at the, 1985, Live Aid concert. Mercury died in, 1991, at the age of 45 of Aids.

In conclusion, Mercury was a British singer and song writer. He was known for his lively stage personality, and four-octave vocal range. He formed the band Queen in, 1970, and was a member until ,1991, when he died of Aids.

Hi, my name is Brian Walls, and I am a detective in New York. I solve cases of murder, kidnapping, and robbery.  For a couple of months, I am having a detective in training, Mary Starling. This will be her first case, The murder of Addison Walters.

Hey, my name is Ginny Griffin, and I will tell you what I was doing that day on the death of Addison Walters. I got to work around 9:30, then went straight to the breakout room to get myself some coffee. While I was walking to the breakout room, I saw Harald and Addison chatting in Harald’s office, I gave a quick wave then kept walking. Once I got my coffee I went to my office. I worked on work and a couple of e-mails, when I felt like I needed a break and lunch it was 12:11. Everyone was in the breakout room when I got there. I fixed myself another coffee then I remembered I needed to take my son the dentists for 1:00. So, I said a quick goodbye to everyone then left. Me and my son got to the dentists right on time. I was in the waiting when the call came. It was Harald, he told me that Addison died. He told me to come to the office right away to get interviewed, so I called my sister to come pick my son then I will be right there. When I got there, I saw Harald, Allison, Ginny, and two other people. I once learned their names, Detective Brian Walls, and detective in training Mary Starling. I also learned that Addison died from poison in her drink that is my story before the death of Addison Walters.

Hello, my name Harald and I will tell you what I was doing on the day of the death of Addison Walters. I got to work at 8:00 sharp. I felt pumped up because I did a half hour workout and went to bed early the night before. I had a lot to get done so I went straight to my office to work. Addison got to work around 9:15, around 5 minutes after she got there, she came to talk to me. We just talked about work and how we are doing. At 9:30 Ginny came she gave me a quick wave the breakout room, I thought that was weird because she always comes and says hi, but I just brushed it off. I continued to work till 11:50, then I decided to go have lunch. Addison and Brianna were there already chatting about girl stuff and hair. I decided to make myself some coffee and a sandwich. When I sat down Ginny came in and fixed herself a cup of coffee, before she got the chance to sit down, she said that she had to take her son to the dentists and said a quick goodbye. I thought she was mad at me or something but again I just brushed it off. I went to the washroom, when I got back, I noticed that Brianna was gone. I asked Addison where she was, she said that Brianna went to go have a shower. Around 1:30 Addison was not feeling well she started throwing up, feeling dizzy, and burning up. I decided to take her to the ER because she started having troubles breathing. I was in the waiting room when the doctor came in and said that Addison passed away from poison. I immediately called her family and friends including our co-workers. The doctor said that the police will be at her house and at the office in 5 minutes. After I called everyone, I headed back to the office so I could be interviewed. That is my story before the death of Addison Walters.

Hi, my name is Brianna, and I will tell you my story before the death of Addison Walters. I was excited for that day of work because I just got a perm the day before, and I was excited to show it off. I got to work around 9:00 I got setup for an online meeting I had at 10:00. Around 9:20 I went to go print some stuff off for the meeting. Ginny came to work just after 9:30, she gave me a quick wave then walked by. I had my meeting at 10:00 then I had work that needed to be done. It was 11:45 when I decided I wanted to go have lunch, so I grabbed Addison then went to go to the breakout room. 5 minutes later Harald came in, then ginny. Ginny said that she had to take son the dentist for 1:00, so she said a quick goodbye then left. Harald said that he needed to use the washroom and he will be back in a sec. I had some free time until 2:00 so I thought it would be a good idea to go have a shower. I told Addison that I am going to go have a shower and I will be back in an hour or so for my meeting. It was 1:15 when I got back to my apartment in park avenue. when I got out of the shower, I noticed I had 4 missed calls from Harald. I immediately called him back and asked what is wrong. He said that Addison died, and I needed to come and get interviewed. I got dressed then rushed back to the office where I saw all my co-workers and two detectives. That is my story before the death of Addison Walters.

Hi, it is me Brian walls again and I am going to solve this mystery with my detective in training Mary starling. Form interview the coworkers, and friends, so far we have Jenny, Harold, and Brianna on the suspect list. Jenny was distant from her coworkers for most of the day, maybe she didn’t want her coworker suspecting anything. My detective in training got some good evidence. She said that Brianna got a perm the day before, but everyone knows that you can have a shower 24 to 48 hours after you after your perm. So we called Brianna to come to the station right away. Once Brianna got there, we asked her what she was doing during the death of Addison Walters. She said that she was having a shower. My detective in training laughed and said that everyone knows not to have a shower 24 to 48 hours after you get a perm. Brianna was speechless. Then after a minute or two Brianna started sobbing saying that Addison was getting all the attention in and out of work. Brianna said that she tried everything to get her fired from her job or to get hurt. But always made things worse, ending in Addison getting all the attention. Soon Brianna got fed up, and decided to end Addison’s life. She put the poison in Addison’s drink right before she went to have her fake shower.

i think androids are better then apple in many ways, and i am going to try and convince you to think the same way.

androids are better then apple because they have a vary large selection to choose from. in 2019 there was 24 000 diffrent types of android devices in the world according to Leo Mirani a reporter from a company called OpenSignal. there is only one type apple because they work alone. Apple is pretty expensive so if you are on a budget, then android is the way to go!

other people might choose apple because it has better quality and it vary popular. what you don’t know is apple was trying to slow down their older devices, so that you would think their newer devices are better. the slowdowns that affected the i phones were reported between 2014 and 2016. eventually in December 2017, apple did admit the battery slowdowns.

in conclusion, android is better at orgnizing apps, letting you put the important apps on the home screen and hide the less important apps like games in the app drawer. other people might like apple because it has better quality and its vary popular, but what i love about android is that there is a wide selection of choices and its less expensive. I hope I convinced you that android is way better then apple.